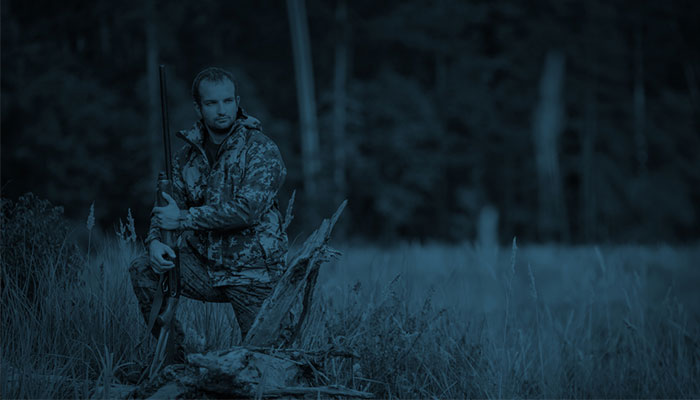 It is a well known fact that Coyotes are known as nocturnal predators. While it becomes pretty much easier to hunt them down in the daylight, it is as difficult and complicated to call them down into effective range during the dark hours of the night. Besides being extremely vocal, coyotes are also one of the most active animals at night.

Also, there are many rules and regulations that need to be followed as far as hunting coyotes in different states is concerned. In some regions, you are not allowed to hunt whereas others allow it to be done only using the shotgun. There are a few states that only allow the artificial light to be taken into the woods at night and hunt down coyotes.

Go here for more info about hunting and camping

1. Scout during the day:

Scouting the location during day time is extremely important. A lot of experience hunters would know that hunting in the dark requires a lot of scouting. You simply shouldn’t expect splendid hunting spots in dark if you haven’t checked out the location in sunshine. Areas such as croplands, grasslands and where creeks or timber come together are ideal for hunting.

Also, you need to look for edges and transition areas that connect these croplands. Apart from all this, you need to think like a predator to get it done. The best way to hunt coyotes at night is to search your terrain in the day light.

It is important to mention that besides turning on a flashlight and making coyote vocalization, there are many other things that are worth noticing. You need to scan your hunting area with high-performance hunting light. Also, scanning just once won’t be enough, therefore; scan again and again.

In this way, encountering an oncoming coyote’s eyeshine is very much possible. An experience hunter will not look for an entire coyote, instead; he will follow and identify eyes reflecting from your hunting light.

A lot of hunters have been using the weapon mounted light source. Having a light with a weapon or having both is fantastic. You can expect good performance by having both of them at the same time. You are going to need a tripod or bipod if you’re looking to use a light with a handle.

However, you’d get amazing versatility and maneuverability when it comes to light casting. If you are only carrying a weapon mounted light then there are chances of your ability to scan with your light getting limited. Also, it can limit where you can safely point your light because it’s being attached to the weapon.

One of the best hunting coyotes at night tips is to hunt alongside a partner. You can designate a hunter to run the light and take care of the calling yourself. The other shooter will have mounted weapon light at that calling stand. You need to take turns on the light and on the trigger from stand to stand.

You can also communicate with your partner by setting up a protocol before the hunt to keep talking to a minimum. Something like shaking the light beam round and center as it should help your partner look for targets and both of you will stay on the same page as well.

People seem to care a lot about how to call coyotes at night. How to coyote hunt at night is a question that needs suitable answers. Some of the folks have also been asking about how to hunt coyotes at night with a light. However, there is always an advantage of having an artificial light.

Amateur hunters are likely to make this mistake of looking for an entire animal’s body. In reality, you only need to look for the reflection of your light from an animal’s eye, it can be seen sitting at greater distances and allows you to shoot perfectly at night. Therefore, the eyeshine is more than looking for a complete body of the coyote.

This best way to hunt coyotes at night also gives you the luxury to identify your target and change the calling strategy with respect to the animal’s body language. Use the edge of your light after you identify the set of shining eyes in the dark. You can also follow the animal with the outer perimeter of your beam cast. In order to identify the animal positively, you need to keep the light on it. It is because, some other animals like deer, fox and raccoons can also produce eyeshine just like your targeted coyotes.

There have been many questions regarding how to hunt and spot coyotes at night. We hope that we’ve precisely answered all of them. Hunting coyotes at night tips are important as it allows you to learn about this adventurous hobby.

As we said before, hunting coyotes at night under darkness is legal in some countries and regions and we truly believe that it’s an amazing way to harvest fur, impact the population of predators and also enjoy feed your hunting appetite.

We’ve also concluded that scouting in the day light makes it much easier for you to hunt at night. Therefore, bringing a mounted weapon with a light is also very much advisable. Also, there are some other things that need to be considered such as hunting in pairs and in groups is considered more successful than going out there in the woods like a lone wolf.

Write it down in the comments below if you have still have any queries left. We will try and answer them accordingly. Hopefully, we will see you soon in our next analytical piece. Until then, goodbye and good luck with coyote hunting at night.